The Friday night draw party happened in its usual spot, the Skylark Lounge. The night had an interesting buzz of new competitors, returning vets, enthusiastic controllers, and the DTU guys. Swag bags (good stuff!) were laid out on one covered pool table, pizza on another… and in the middle of it all, two shiny trophies. With wins in the last three Carp Slams under my belt, I’ve developed a target on my back – and it seems to be growing. The trash talk started early this year too. But I can’t wait for Sept 8th and another Slam to arrive, because once I’m on the water, it’s just me, my partner, a controller, and the fish. The talk fades into the background.

After running down some procedural items, the time came to draw for partners. It’s customary for the amateurs (used loosely) to blind draw their pro partner. As luck would have it, Mike Medina drew me! I’ve known Mike for years, and fished with him on many occasions. Mike eventually drew beats “A” and “K”. “A” was the northern-most stretch starting at the 120th Street bridge and downstream from there. “K” was a city beat that encompassed the Alameda and Mississippi bridges.

I woke up feeling like I had been shot out of a cannon on Saturday morning. A group of controllers, the competitors, and of course, the groupies, were assembling at the corner area of a building in the Taxi District that has been used in years past. We were introduced to our controller for the day, Patrick Mapes. (@urbananglersusa) The competitors were chatting and excited to get on the water. Welcoming remarks lead into this year’s rule changes. Within minutes, I was loaded up with Mike and his equipment and headed north with Patrick following behind.

Denver’s weather was sunny and in typical late summer form, but as we ran north we hit a thick wall of fog! Is it cause for concern? We slid into boots and finished our rigging. We walked downstream and crossed the South Platte River to take advantage of some interesting features that may hold carp. As my starting nod drew near, I saw that a carp had taken station resting on the bank right under me! Once the official time began, I only had a few tries before the carp slid into the depth. Overhanging bank grass kept me from getting the fly to the intake. Mike had already gone upriver to look for fish and stopped like a pointer fifty yards upstream. I slid toward the bank and saw a carp grazing in shallow water. The carp seem to like the cover of the fog. I flipped a cast out, got a take, and hooked up. A couple of minutes later the carp was in the measuring cradle and gently released. The clock read 9:13 AM.

At that point, Mike was on the clock and started working another fish in a similar situation just upstream. He made some casts and adjustments before delivering the fly right on the dinner plate. Fish #2 was hooked, landed, and measured by 9:23 AM. We were off to a hot start. On my next turn, I continued up the flat and found a two-pack of really happy fish in calf-deep water. I cast the fly to the lead fish which lit up and inhaled it. This one was a spunky fighter. Mike helped guide my fly line off some submerged wood, and after a longer battle, netted the carp. Measure, release… it was 9:37 AM.

We walked upriver looking for fish for the next thirty minutes, but Mike didn’t get a shot. During my turn, he spotted a fish bouncing the bank feeding and motioned me over. The sun had burned off the fog and visibility was good. Some tiny tree branches kept hindering my delivery and at times, I nearly bumped the fish, blowing the shot. Eventually, the fly found its way in front and got smoked. This fourth fish turned out to be my biggest of the day at 29.75”. (10:37 AM)

Mike found some fish working in some extremely shallow water, but most of them seemed to get wise and retreated for the deep without eating. However, one stayed back and Mike started fishing to it. He put a fly in front several times and it got ignored, but the fish stayed in the shallows. He switched to another confidence pattern and it too got ignored. We came to the conclusion it may have vision issues or be completely blind. As Mike turned his attention to other fish that were showing themselves, I asked Patrick how long until we both could fish. (Note: both anglers can fish in the last hour of a session). He said, “three minutes.” It seemed like three hours but I was determined to get the fish that snubbed Mike.

I finally got motioned to begin fishing, and within moments Mike had hooked up on a fish in the pod he was fishing to. The shallow fish was still feeding and I delivered my fly. Rather than letting it settle, I decided to add some motion to it which got a reaction… and a take! DOUBLE!! Mike put the pressure to his stubborn fish and netted it within a few minutes. My smaller fish came in without too much trouble soon after. We photographed and released fish numbers five and six just after 11:00 AM. It was an outstanding morning! We hoped to keep things rolling but the streak came to an end. Most of the fish had retreated for the depths in the high, bright sun.
We headed back to HQ at the Taxi building and enjoyed some delicious BBQ in a communal spot in the back. This lunch was a chance to refuel some of the energy spent scouring the South Platte River. Anglers cover an unbelievable amount of ground at a Carp Slam. I overheard a group at lunch who had electronically tracked themselves walking four miles in just their morning session.

Our afternoon beat was not as friendly to us. Water clarity was poor. At lunch, we had been hearing about teams not seeing a single fish in their morning sessions. I got the first shot at a little duo in shallow water, but set the hook too late and blew them up. My first thirty minutes came and went, as did Mike’s. Another thirty minutes ticked by for me without a shot. I decided to head upriver. A bit later, I heard Patrick and Mike yelling for me. Mike was hooked up and I arrived back in time to see him slide the 7th fish into the net at 3:40 PM. This fish turned out to be the icing on our morning cake because the afternoon treated most teams to a big goose egg. The only exception was Jeremy Elms who stuck and landed two. Mike’s fish turned out to be the only carp we nabbed in a difficult afternoon session.

Our after-party was held at the DaVita building in downtown Denver. The venue has a large, west-facing deck, and an even bigger indoor open space. We were greeted by tunes from Wood Belly, a delicious spread of food, and an open bar. Silent auction items were spread out along tables in a corner of the room. During a musical intermission, Reid Baker of Denver Trout Unlimited took the mic. He first ran down the awards for amateur fundraising. Congrats to James McKee for his sizable efforts!

Awards for the tournament were announced next. Elms-Katalinas took third with 53.5”. Maynard-Berman nabbed second with 74.5”. Mike and I were pleased to hear our efforts held, and we WON the 2018 Carp Slam with 193.75”! The pics that follow are some of the highlights of our day. 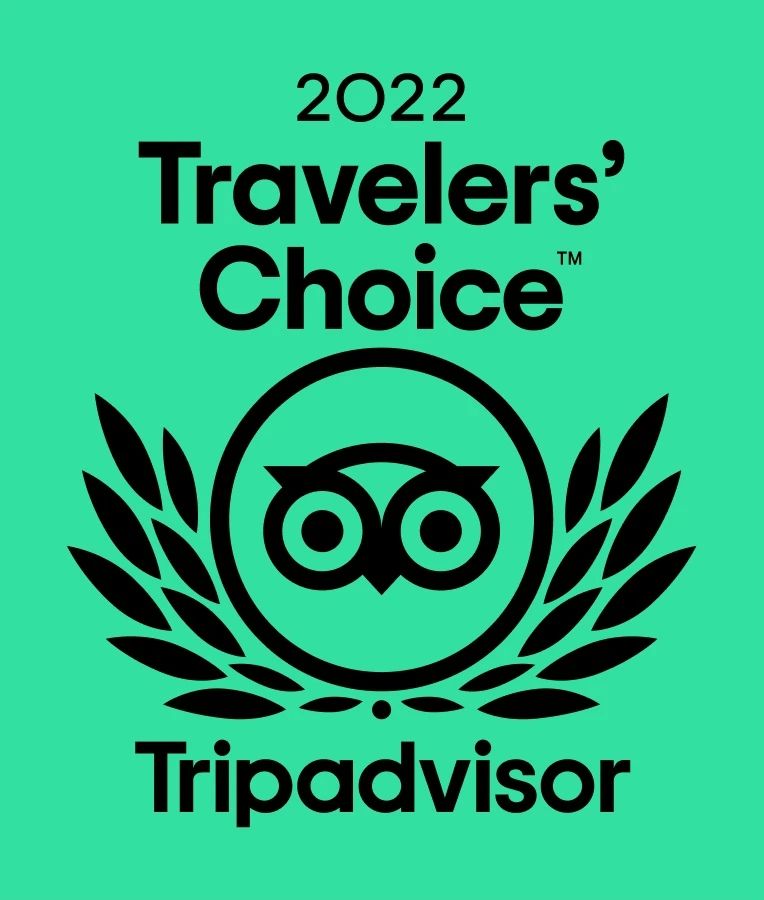 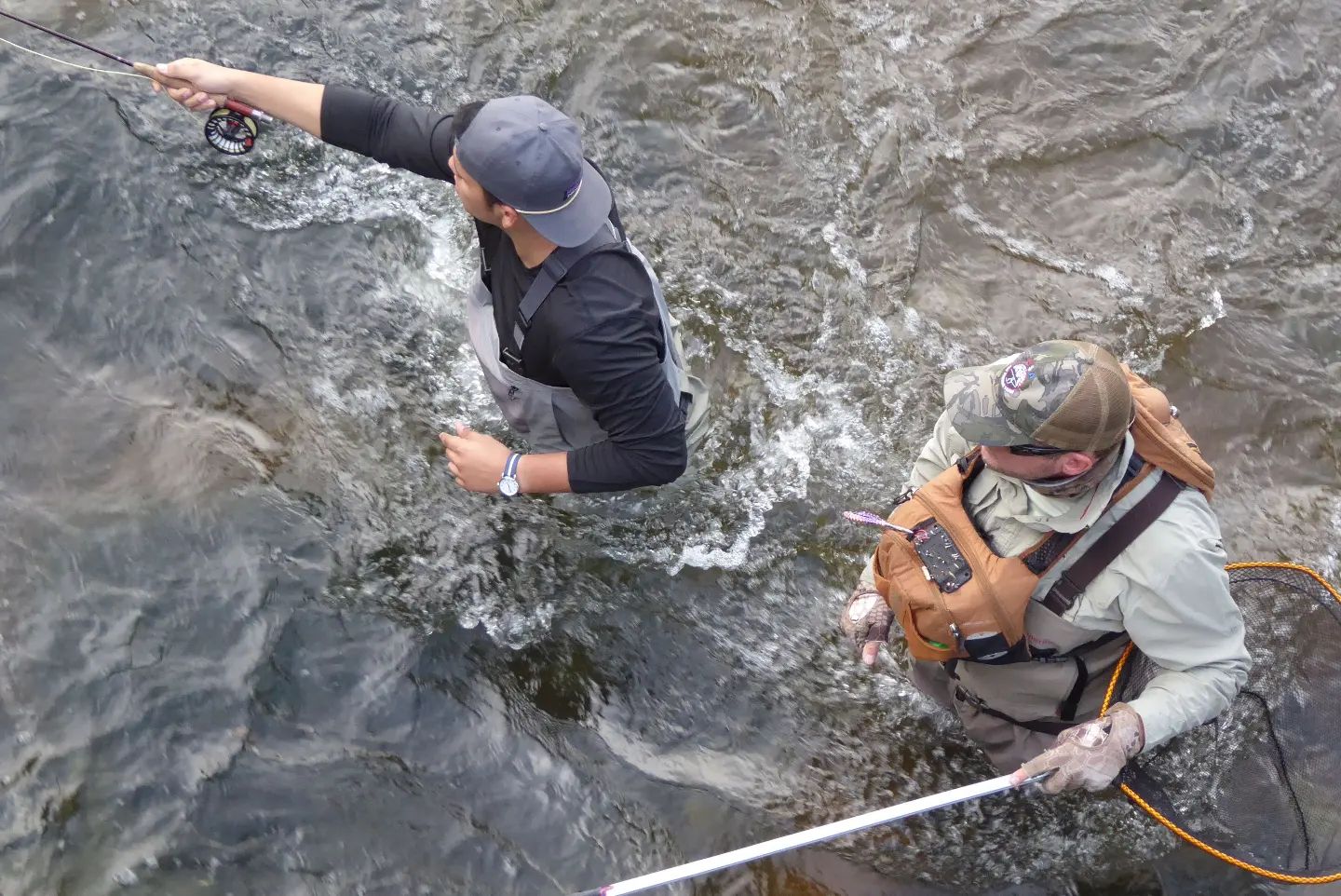 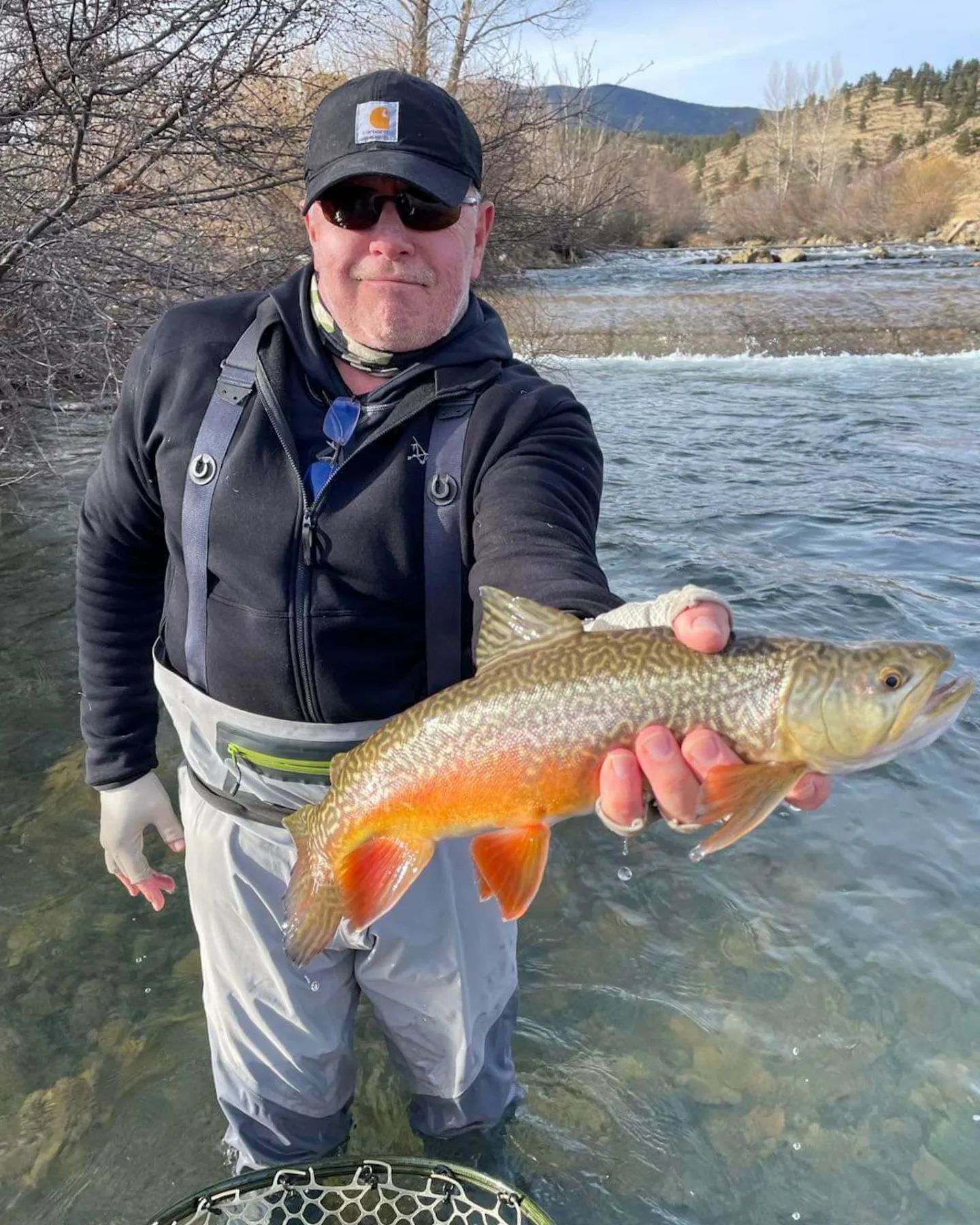 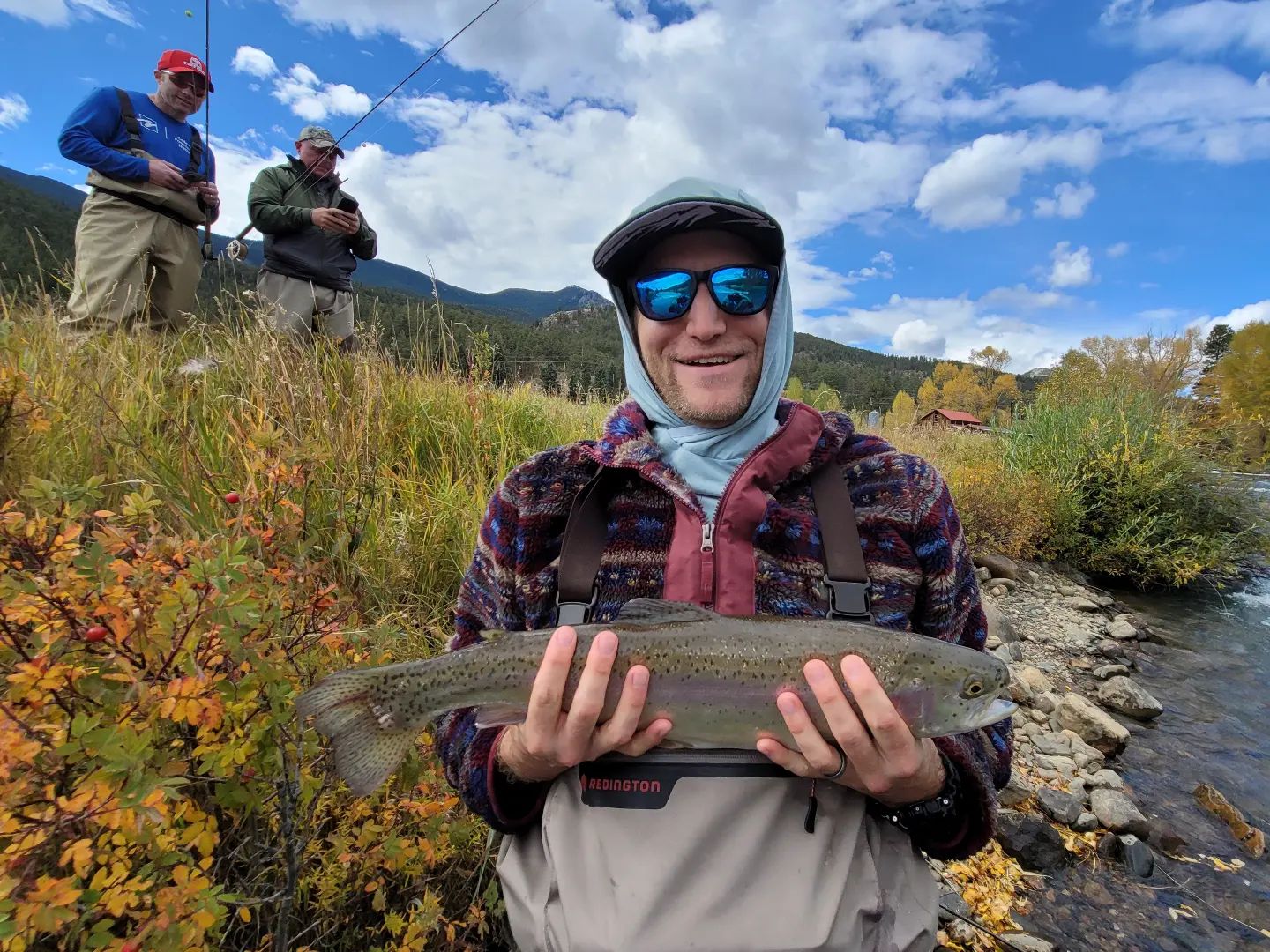 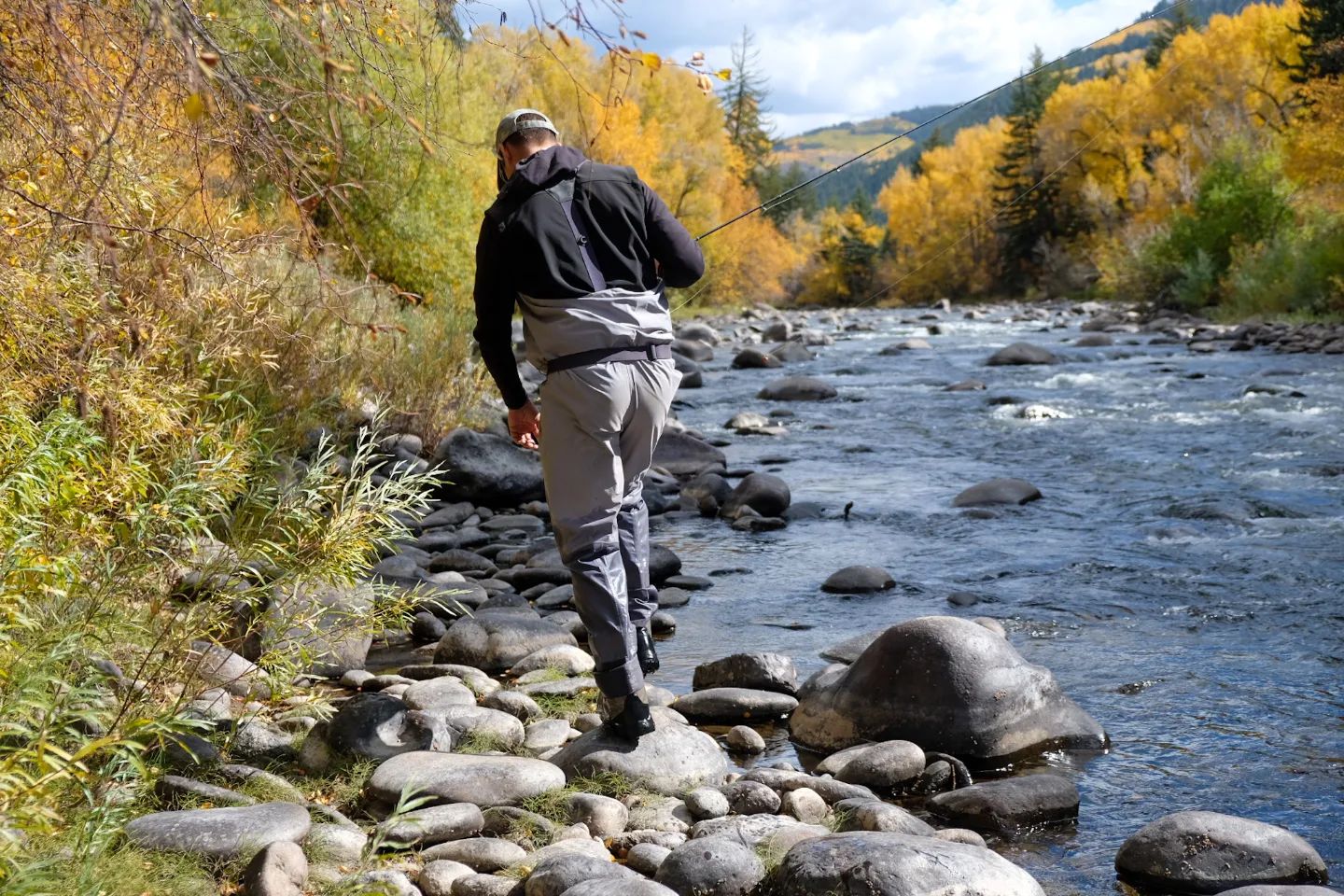